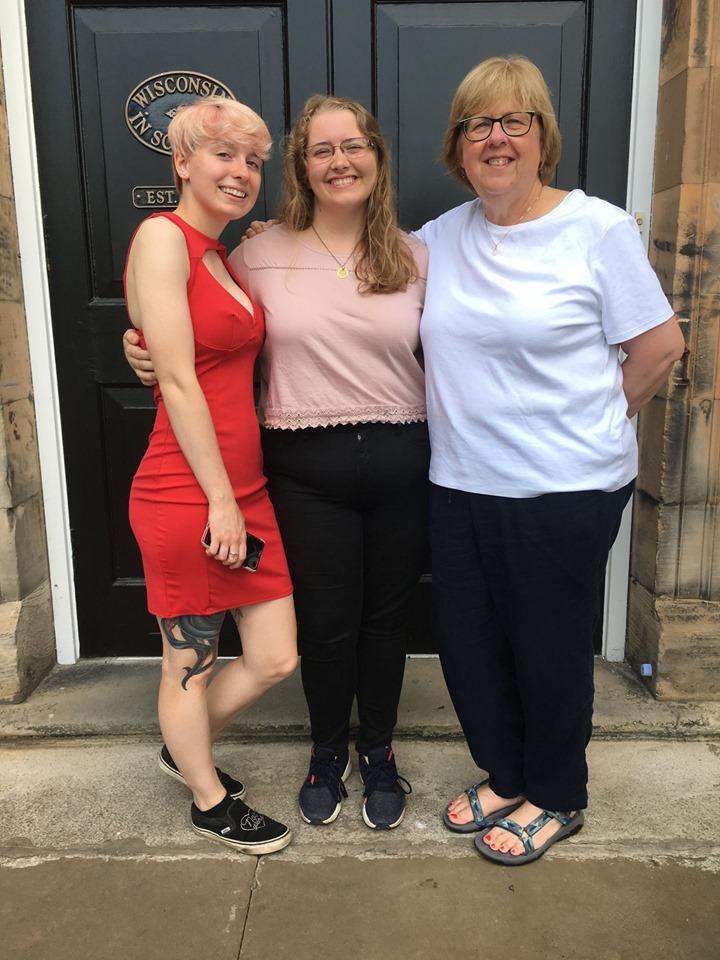 Students, led by Dr. Kathy Callahan, had the opportunity to explore their own research interests in Scotland, and understand the cultural and historic landscape of Scotland in the Summer 2019. 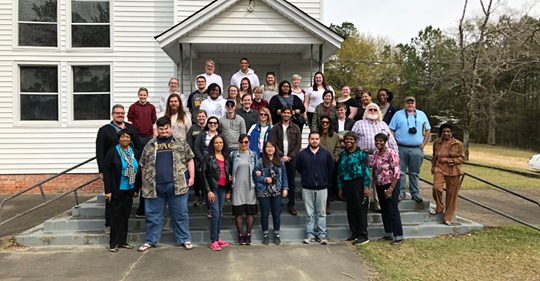 Five faculty from Murray State’s Department of History took 29 students from their classes to Alabama during spring break to bring their classes alive.

Over four days, the five history classes visited a number of sights with connections to their courses, including the Tuskegee Legacy Museum, Dexter Avenue King Memorial Baptist Church, and Shiloh Missionary Baptist Church and Cemetery. Dispersed throughout the itinerary were lectures and discussions led by faculty teaching in the program and guest speakers such as Mark Potok, a former senior fellow at the Southern Poverty Law Center. 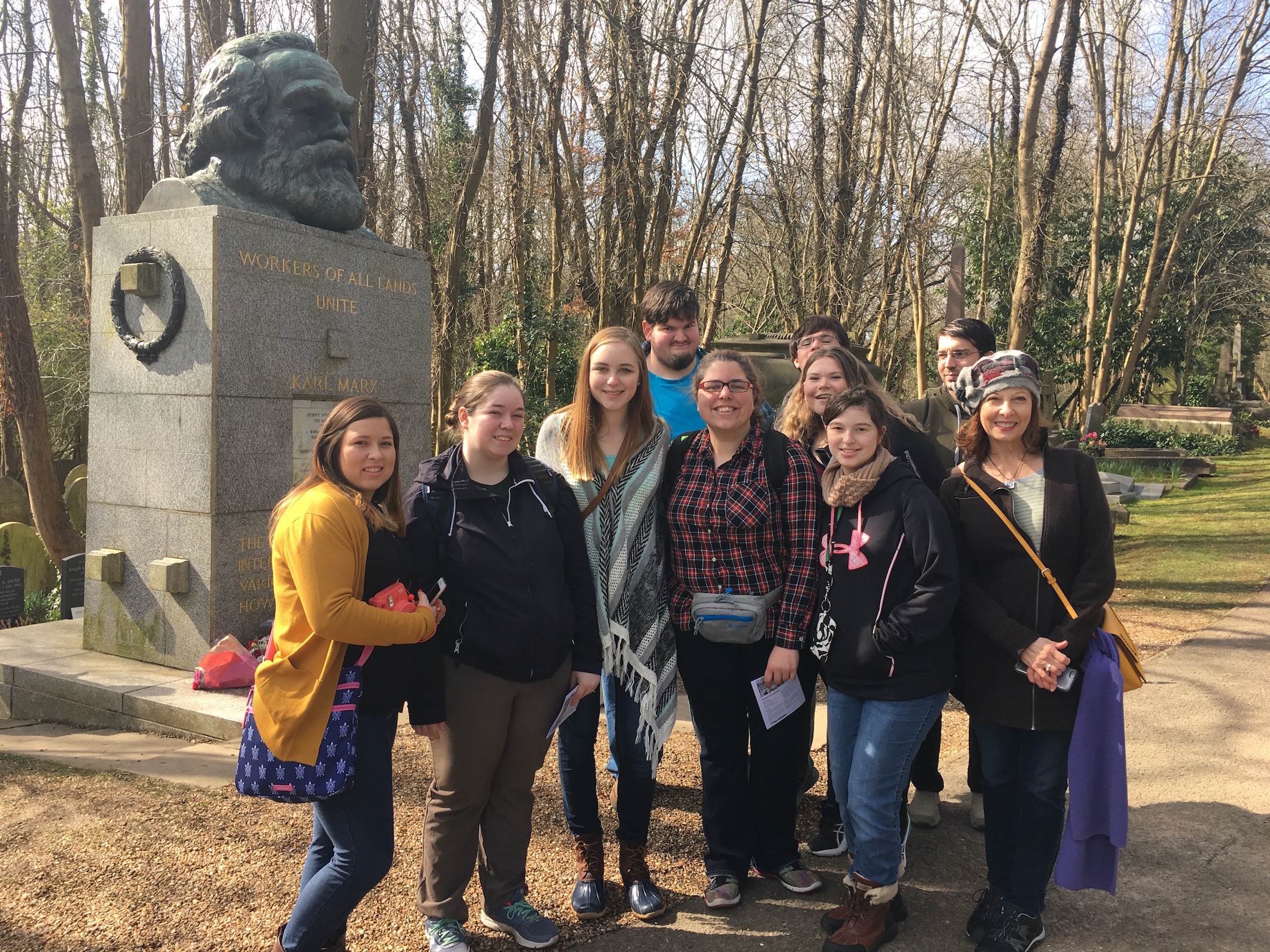 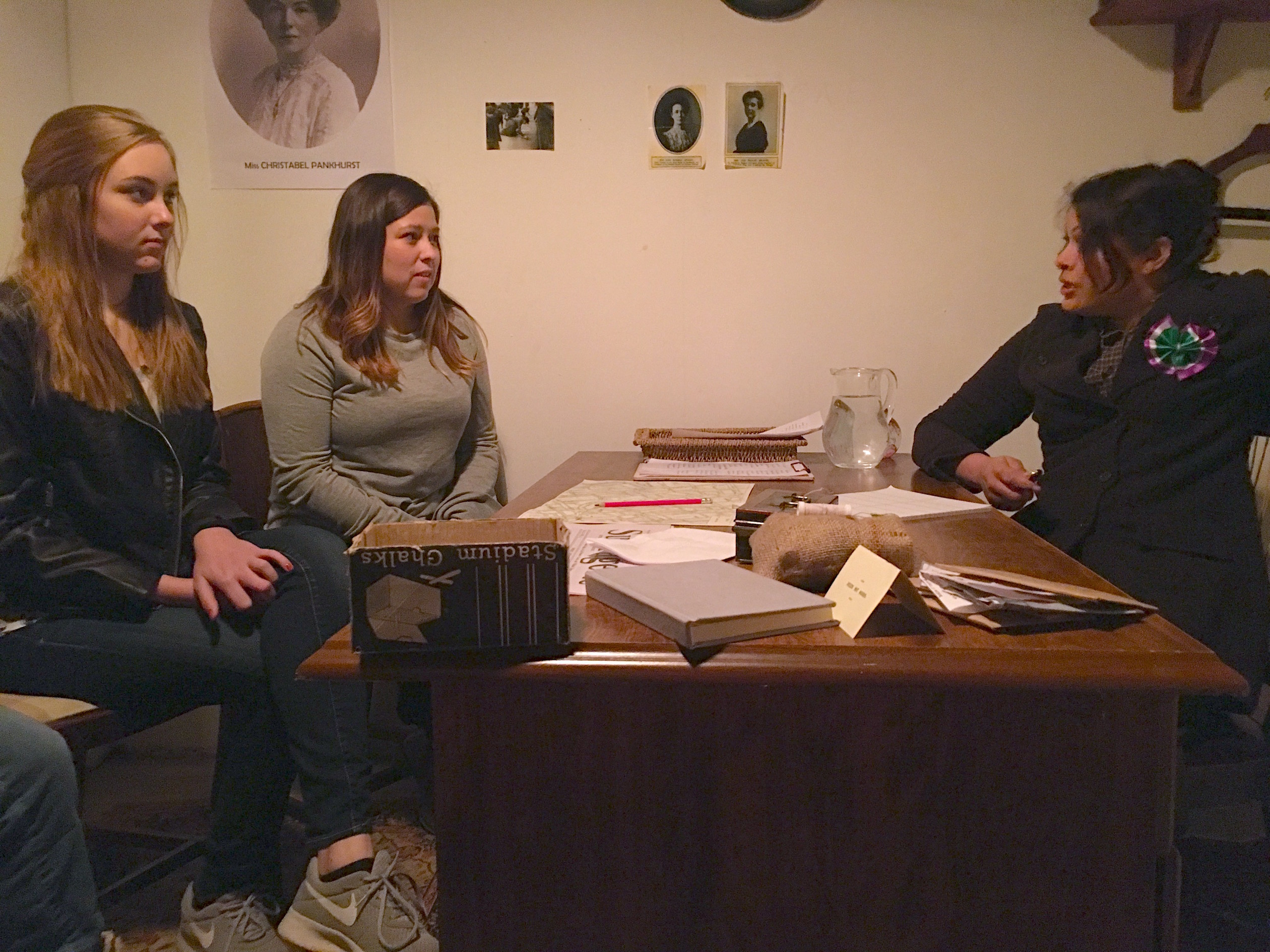 CIV and Directed Students studied Conflict and Empire while in London during spring break 2018.

From left to right: the class at the British Museum, the class at Karl Marx's grave at Highgate and Sydney Anthony and Jill Guetersloh at the National Archives. 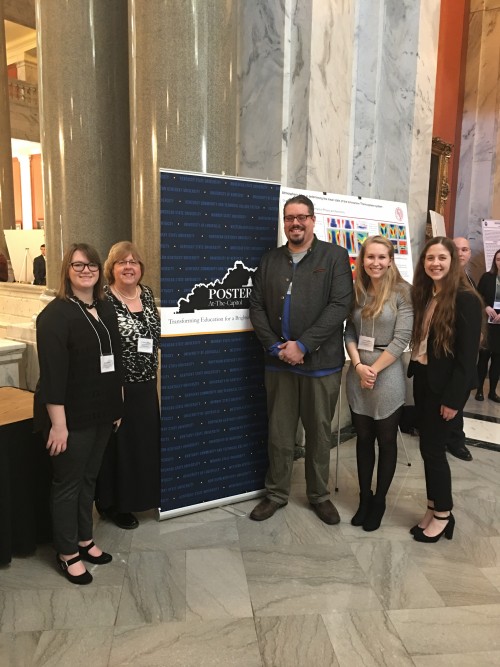 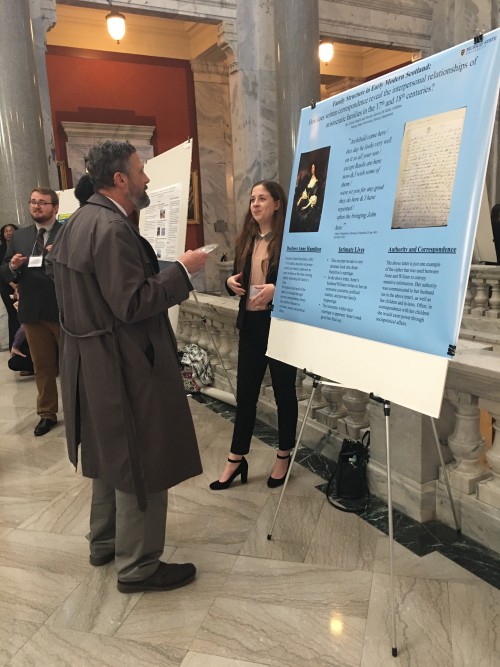 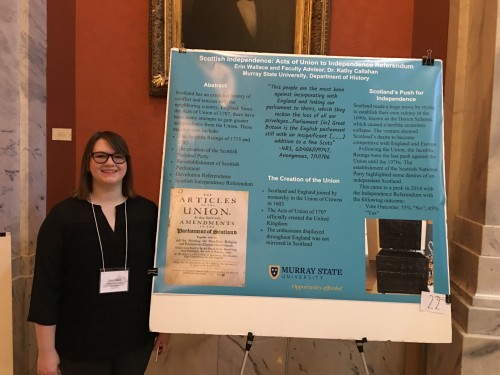 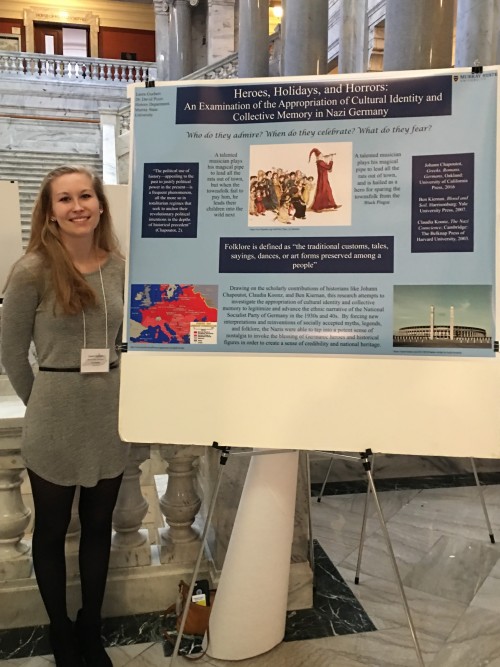 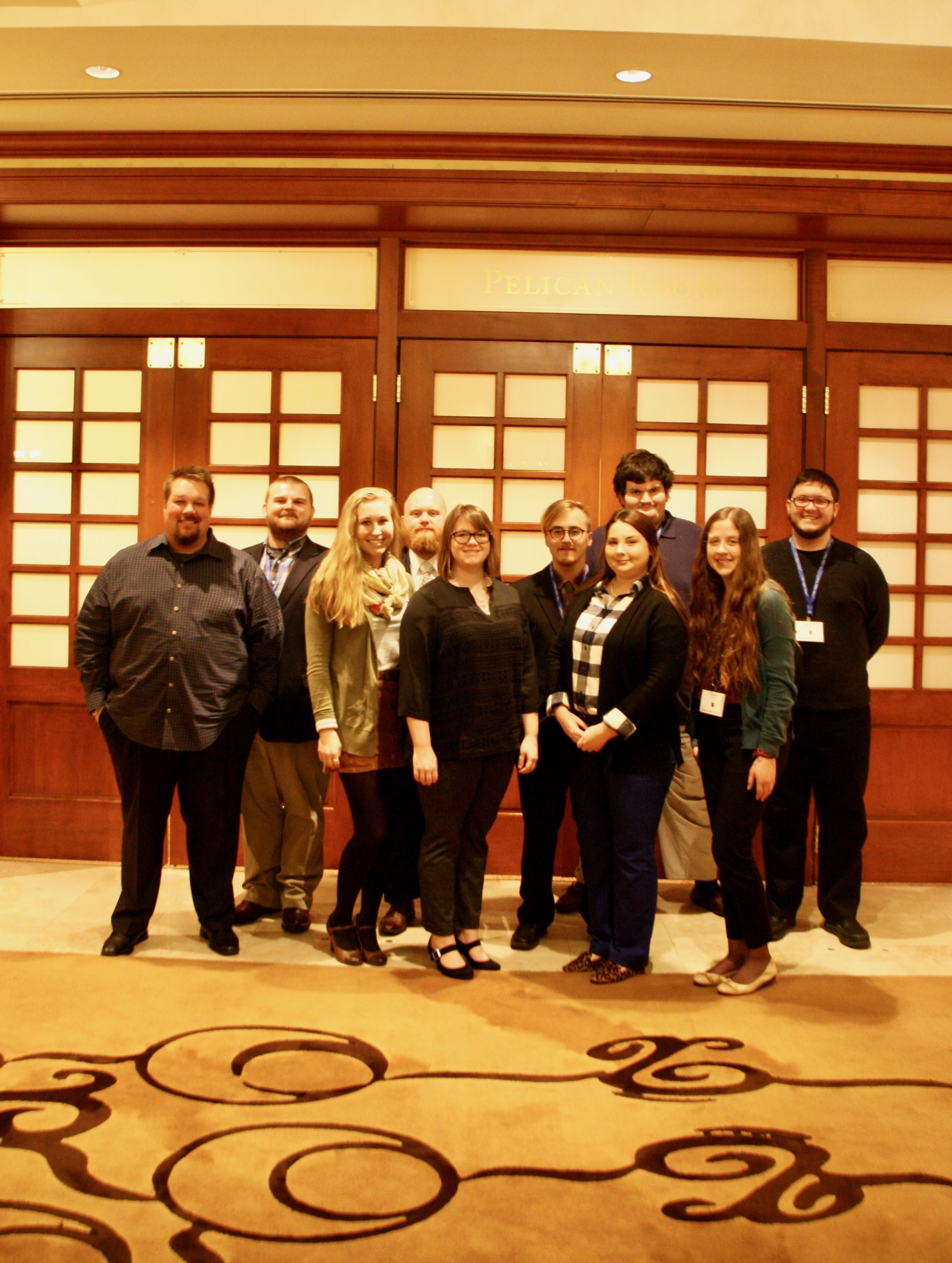 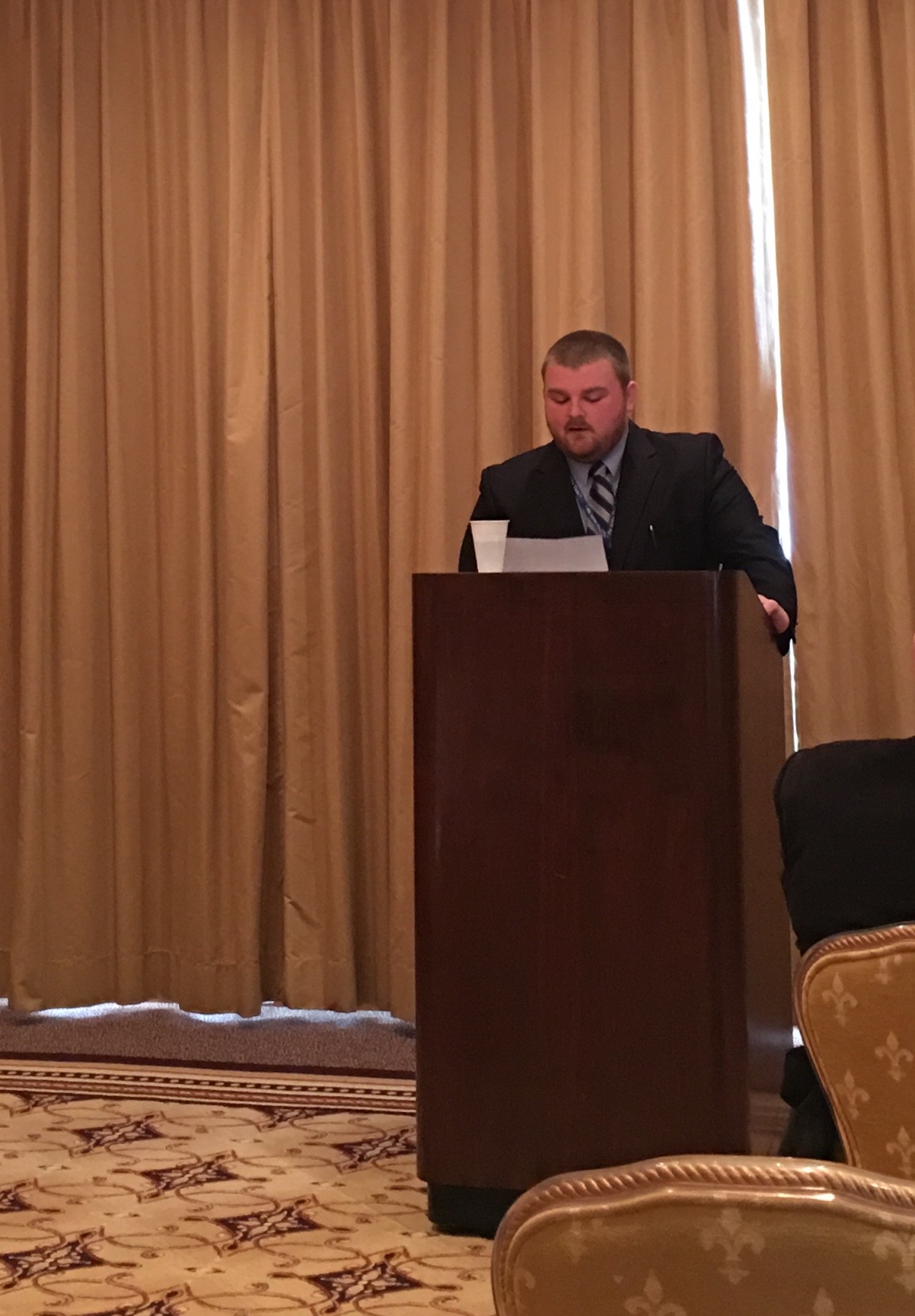 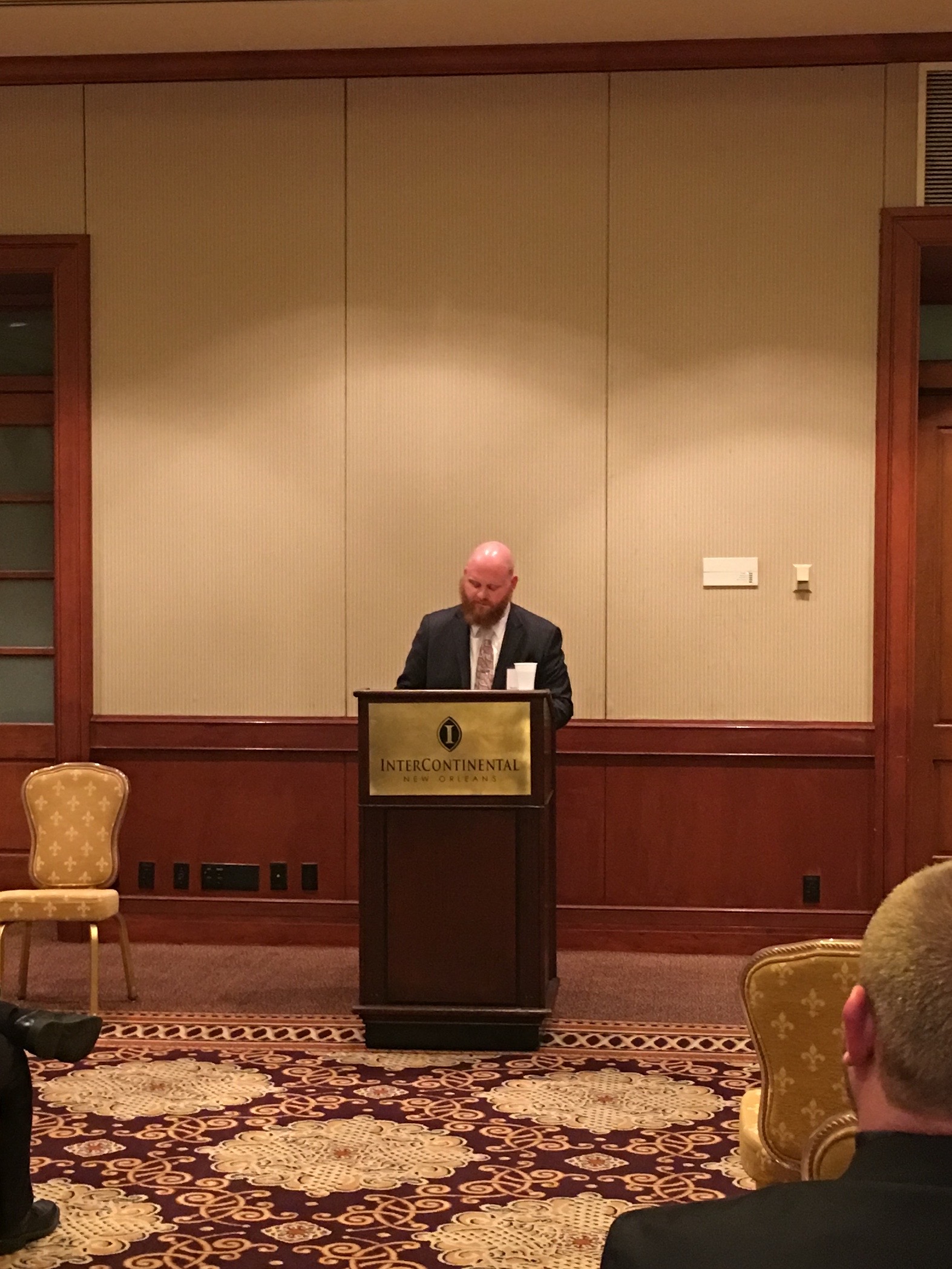 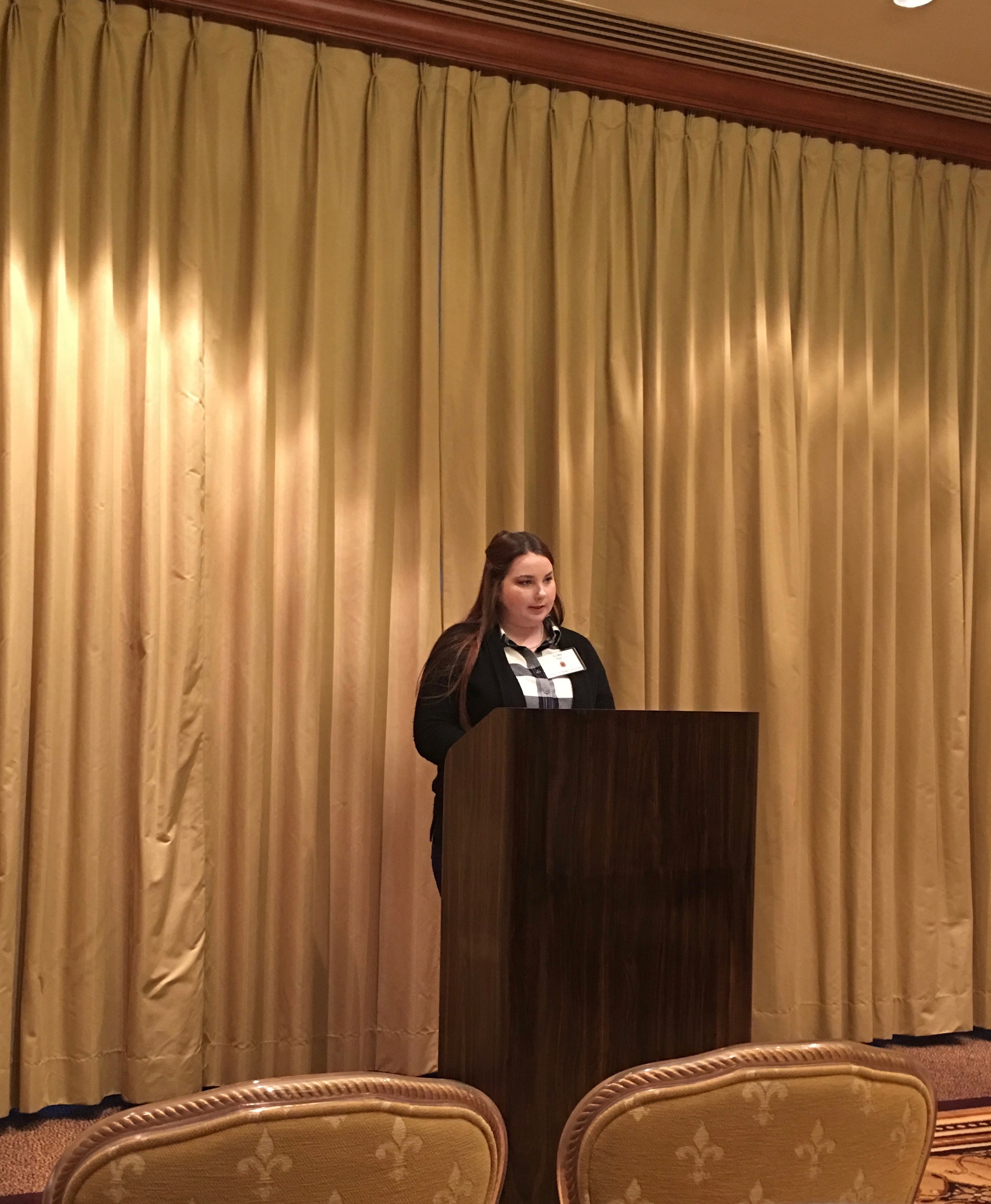 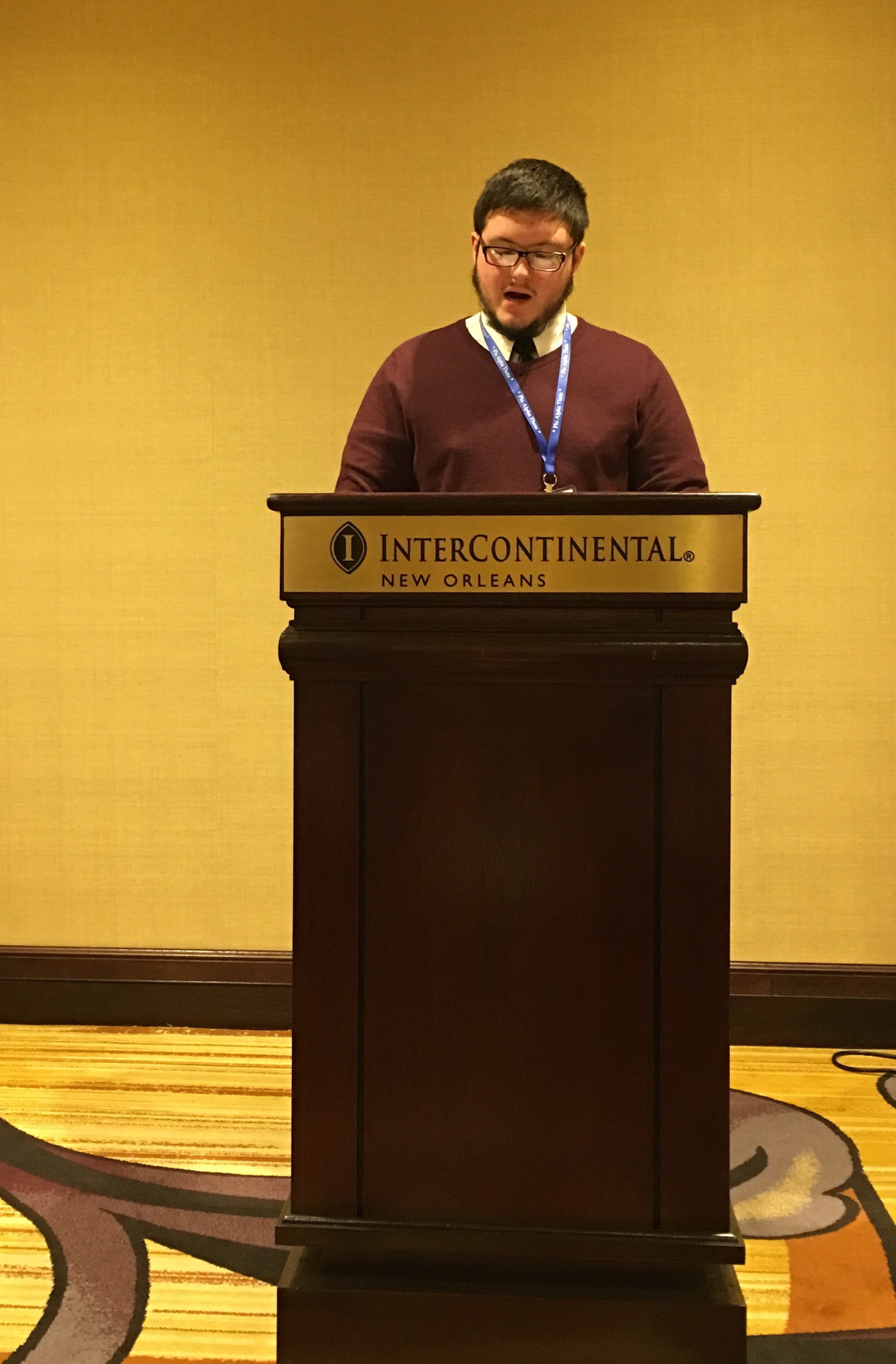 Students from our history department presented their research at the Phi Alpha Theta Biennial Convention.

Students from our history department presented their research at the Phi Alpha Theta Biennial Convention in New Orleans, January 3-6, 2018. This trip was led by Dr. Callahan and Dr. Irvin to promote the study of history through the encouragement of research and intellectual exchanges among history students and teachers.

From left to right: Eric Gray is presenting "Early Modern Transformations of European States and Societies," Tracey Newport is presenting "Caustic are the Ties that Bind: America and the Congolese," Lydia Biggs is presenting "Transnational Influences of Early Jesuit Scholars and Explorers in the New World from 1560-1700" and Ben Ashby is presenting "His Majesty's Most Stubborn Opposition: Parliamentary Support for the American Colonies." 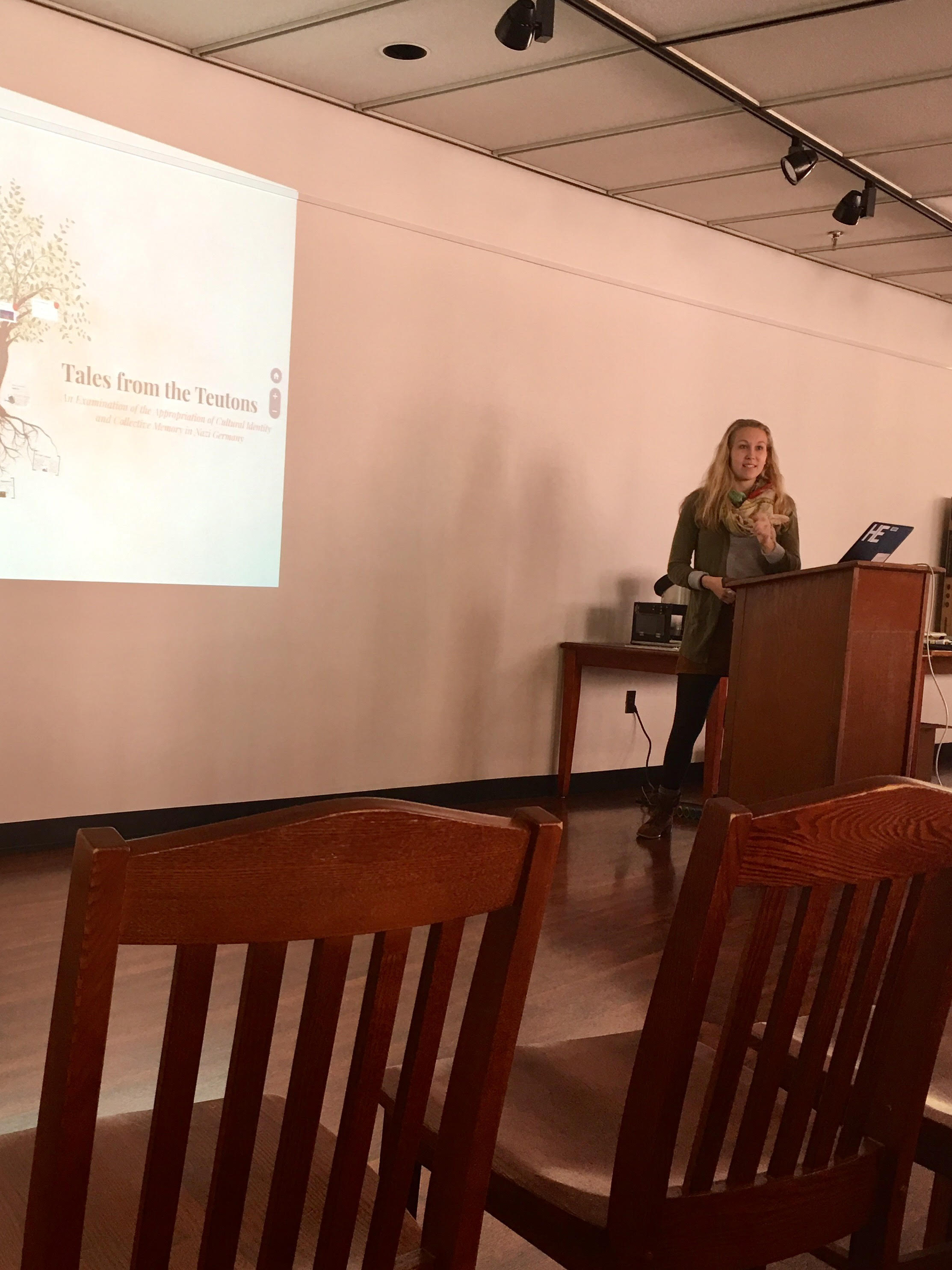 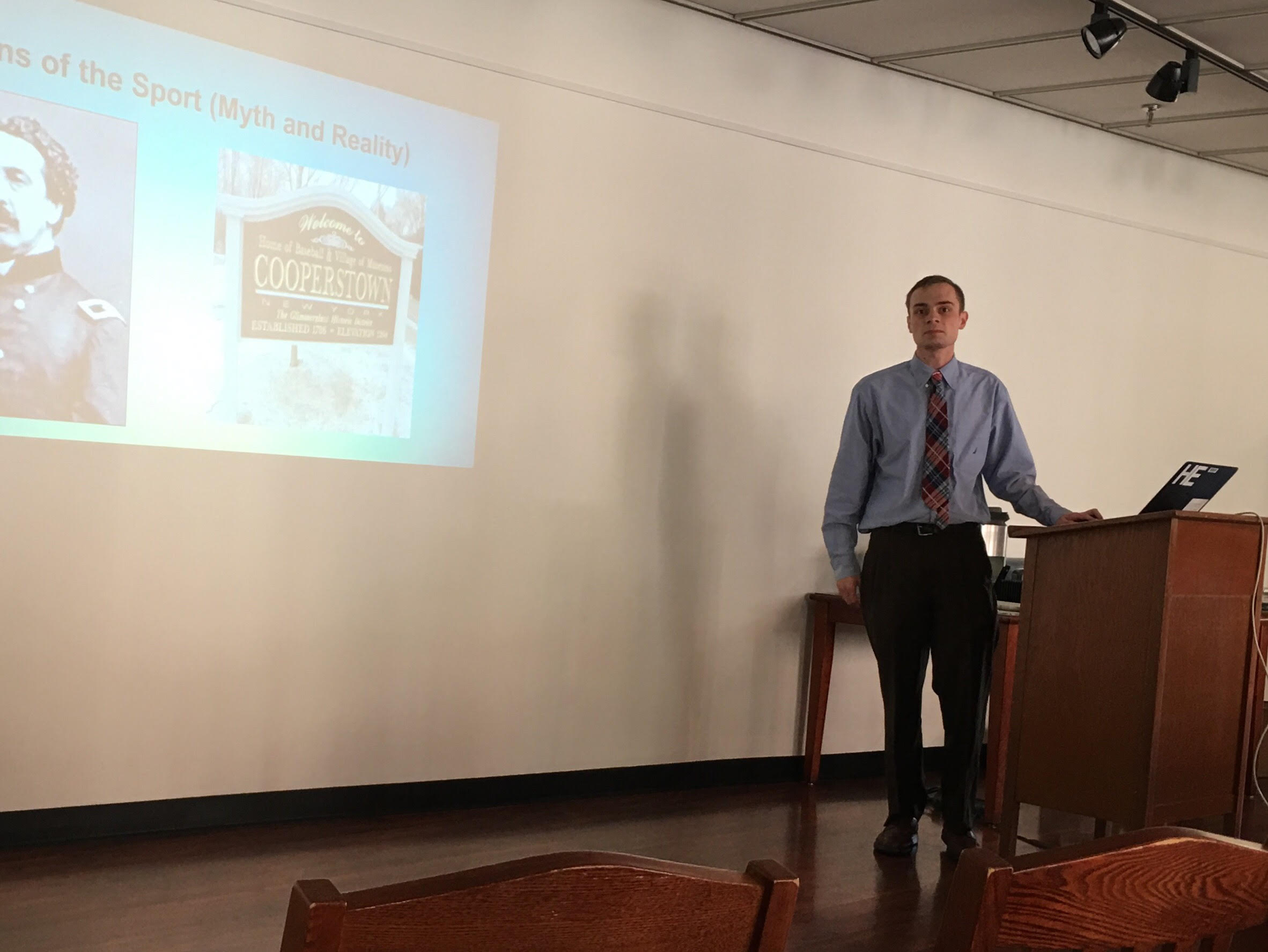 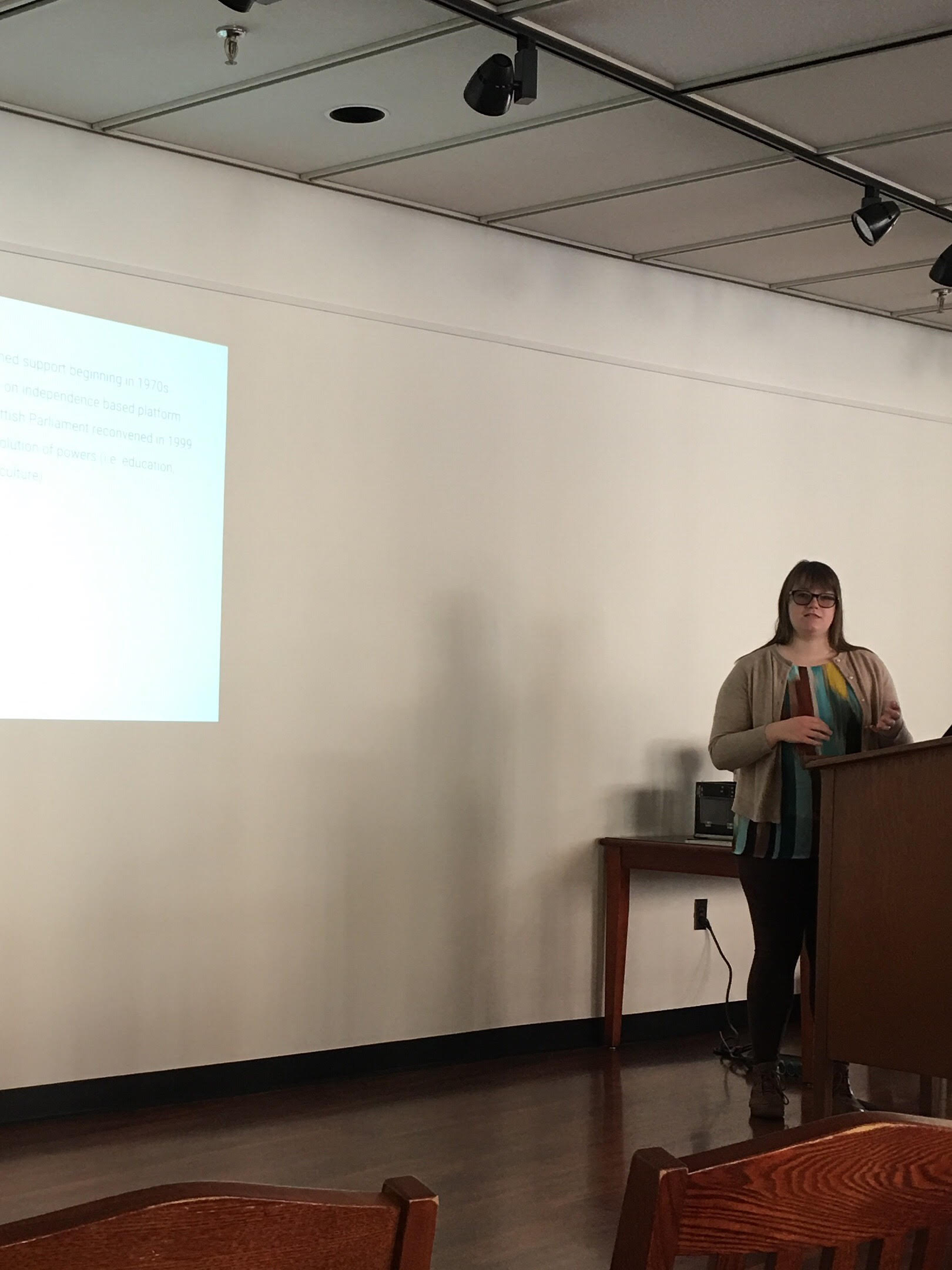 Students from our history department presented their research at Scholars Week.

Students from our history department presented their research at Scholars Week, November 13-17, 2017. Scholars Week, a university-wide celebration of undergraduate and graduate scholarship, research and creative work, occurs each Fall and Spring semester. This event consists of oral presentations, poster sessions, exhibits and performance opportunities for individual undergraduate and graduate students from all colleges and schools to present either their independent or course-associated research as well as scholarly, or creative work.