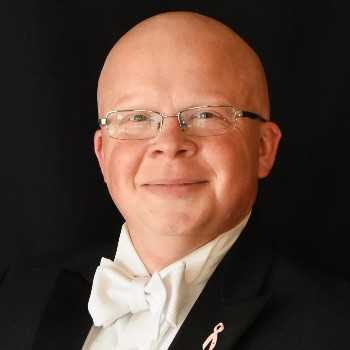 Dr. Joshua Davis serves as the Assistant Director of Bands at Murray State University, where he conducts the Symphonic Band, directs the Racer Pep Band, and teaches courses in Conducting and Music Education.

Previously, he served as the Director of Bands at Louisiana Christian University. There, he conducted the LCU Wind Ensemble and Red River Wind Symphony. During his time at LCU, Dr. Davis taught courses in Conducting, Music Education, and Music History. He was also a member of the Rapides Symphony Orchestra Board of Trustees. Prior to his work at LCU, Dr. Davis taught music  for grades K-12 at Mount Juliet Christian Academy in Tennessee from 2010-2013, directed the Choirs at DeKalb County (TN) High School, and taught 6-8 Band at Hixson (TN) Middle School. Dr. Davis has served as a clinician and adjudicator in Louisiana; in 2020, he conducted the LMEA District II Honor Band.

As an instrumentalist, Davis has performed on numerous professional recordings with both the Tennessee Technological University Symphony Band and the University of Florida Wind Symphony. Additionally, he has performed in community ensembles and musical theater productions. He also performed as a clarinetist with the 129th Army National Guard Band and the 101st Airborne Division Band, with which he deployed to Bagram Airfield, Afghanistan.

Dr. Davis’s research interests are directed toward curriculum design and pedagogy for secondary school bands. He has presented research at the Florida Music Educators’ Association conference and the Desert Skies Music Education Research Symposium in Arizona.