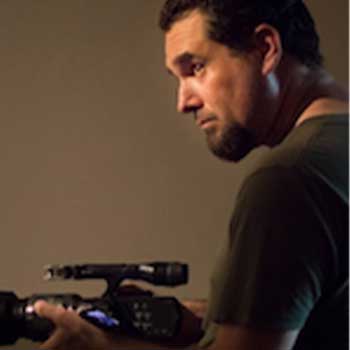 Justin was perhaps MSU's first recording technology graduate, utilizing a research track option to focus his studies on audio engineering and receiving a Bachelor's degree from MSU in 1997. He has worked as both an audio production manager and operations manager for Heartland Ministries Radio, and appeared in the publication Christian Radio: The Growth of a Mainstream Broadcasting Force, by Dr. Bob Lochte.

Justin has over ten years of experience as an audio engineer at Murray State, and has pressed the record button for a variety of notable live acts such as Alison Brown, The Kruger Brothers, Justin Townes Earle, Chris Scruggs and Newton & Thomas. As a studio engineer he has done session work with Rob Ickes, Chris Raspante, Jason Lee McKinney, Sim Flora and Jamey Aebersold. Justin's recordings include a finalist for the 2010 International Tuba and Euphonium Association’s Roger Bobo Award for Recording Excellence, the 2014 winner of the Independent Country Music Association’s Album of the Year, the 2015 Grammy submission from Mark Records for the MSU Jazz Band’s album “Why We Can Have Nice Things” and the 2021 release of The Jason Lee McKinney Band for Bonfire Music Group.

Justin teaches the recording technology courses at Murray State University and attempts to impart his love of microphones to every student.