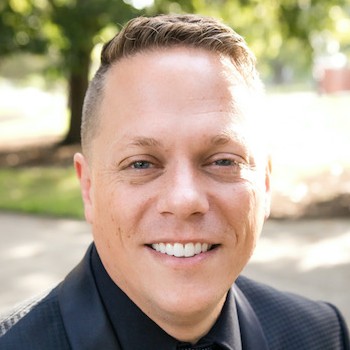 Brent Johnson was recently appointed the Director of University Bands at Murray State University in Murray, KY where he previously served as the Director of Athletic Bands/Associate Director of Bands. At Murray State, Dr. Johnson conducts the Wind Ensemble, teaches conducting courses, and serves as director of the Racer Marching Band. Dr. Johnson received his DMA in Wind Conducting from the University of Kentucky where he served as a Doctoral Teaching Assistant with Dr. Cody Birdwell. Prior to moving to Lexington, he spent 5 years as the Director of Bands at Evergreen High School in Vancouver, Washington.  While at Evergreen, the concert bands showed tremendous growth and garnered much attention for their improvement in quality and literature.  The Wind Ensemble was selected to perform in the 2018 Music For All National Concert Band Festival in Indianapolis, IN.  This is the first national honor the band program at Evergreen has received.  In 2017, the Wind Ensemble was invited to perform at the Pacific Northwest Concert Band Festival at the University of Washington in Seattle.  Also, the Evergreen Marching Band grew from 90 members to 130 members in one year and earned 2nd place in the Pacific Northwest Championships held at the University of Oregon.  In 2019, the Evergreen High School Wind Symphony performed at the NAfME All-Northwest Division Conference in Portland, OR.

Prior to moving to the Pacific Northwest, Dr. Johnson spent one year as Director of Fine Arts for the Harlandale Independent School District in San Antonio, Texas.  His roles and responsibilities included overseeing all aspects of the Fine Arts Programs, K-12, including Music, Drama, Dance, Visual Art, Mariachi, and Spirit.  Harlandale ISD is made up of 14 square miles on the south side of San Antonio, Texas and services nearly 15,000 students.

Before becoming Director of Fine Arts, Dr. Johnson spent eleven years as a High School Band Director in both Kentucky and Texas.  Under his direction, Dr. Johnson's bands have received consistent Sweepstakes ratings both on the marching field and on the concert stage.  In 2002 and 2006 he led the Elizabethtown High School Band (KY) and the Daviess County High School Band (KY), respectively, to the state finals of the Kentucky Music Educators Association State Marching Band Championships.  In 2007, the Daviess County High School Band was a finalist and 3rd place overall at the Bands of America Tennessee Regional in Clarksville, TN.  From 2002 to 2008, Dr. Johnson's concert bands were consistently named to Exemplary Performance Status by the Kentucky Music Educators Association for their distinguished performances at both region and state Concert and Sight Reading Contests.  In 2008, the Kentucky Chapter of the Phi Beta Mu National Bandmasters honor society named Mr. Johnson "Outstanding Young Band Director" at the KMEA Convention.  In the summer of 2008, Dr. Johnson was named Associate Band Director of the Winston Churchill High School Band in San Antonio, TX.  While at Churchill, the band program was a finalist at the Houston Bands of America Regional and the Bands of America San Antonio Super Regional for two years.  In 2008, the Churchill Band was named a 5A State Finalist at the UIL State Marching Band Championships.  The Churchill Band was also invited to perform at Pearl Harbor as a commemoration of the 50th Anniversary of the bombing.  In 2010, Dr. Johnson was selected to become the Head Band Director and Fine Arts Department Chair at Douglas MacArthur High School, a sister school to Churchill.  While at MacArthur, the band program grew from 150 to over 260 students in two years.  All three concert bands consistently earned sweepstakes ratings during his tenure, and in 2011, the MacArthur Band was selected to perform a feature concert at Carnegie Hall in New York City.