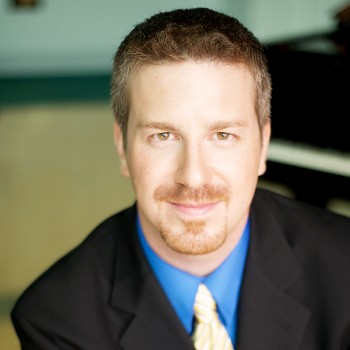 Recognized for his sensitivity and panache, pianist Matthew Gianforte enjoys an active career as a soloist, collaborator, and teacher, having performed across the United States and abroad. Highlights of past seasons include an eleven-concert tour of Eastern China in 2019, successful debut appearances at Weill Recital Hall (New York), Sarada and Philia Halls in Japan, as well as appearances to present solo and collaborative recitals honoring the birthdays of Mendelssohn, Chopin, Schumann, Liszt, and Debussy. With his wife, pianist Meeyoun Park, Gianforte has appeared as a duo pianist in numerous festivals, artist series, conferences, and university guest recitals across the country. In addition, he has performed or premiered a number of recently composed works by composers such as David DeBoor Canfield, Brian Ciach, Joel Hoffman, Jonathan McNair, and Paul Salerni. His recording with trumpeter Kurt Gorman, released in 2018 by Veritas Musica, features sonatas by American composers Easley Blackwood, Wayne Liu, and Halsey Stevens, and was praised by International Trumpet Journal for its “remarkable musicality and technique.”

A native of Chicago, Gianforte received the Bachelor of Music degree with highest honors from The Catholic University of America in Washington, DC, where he was a pupil of Marilyn Neeley. He continued his studies with Karen Shaw at Indiana University, where he earned the Master of Music and the Doctor of Music degrees. Additionally, he received chamber music instruction from Edmund Battersby, Robert Gerle, Leonard Hokanson, and Michael McCraw, and coaching in harpsichord and fortepiano from Elisabeth Wright.

A dedicated teacher of all ages and levels, Dr. Gianforte currently serves as Professor of Music at Murray State University in Kentucky, where he teaches applied and class piano, piano pedagogy and literature, and serves as Coordinator of Keyboard Studies. During the 2018–2019 school year, Dr. Gianforte was a guest faculty member at the Indiana University Jacobs School of Music. Prior to his appointment at Murray State, he taught at the DePauw University School of Music, and served in several capacities at the Indiana University, including Acting Coordinator of Secondary Piano, Coordinator of Piano Accompanying, Associate Instructor in Piano, and faculty of the Young Pianists Program. In addition to his collegiate teaching, Dr. Gianforte has served on the faculty of the Indiana University Piano Academy, one of the nation’s leading summer programs for pre-college students, since 2004. He regularly presents master classes and serves as an adjudicator in local, regional, and international competitions, most recently the Los Angeles International Liszt Competition in November 2018.