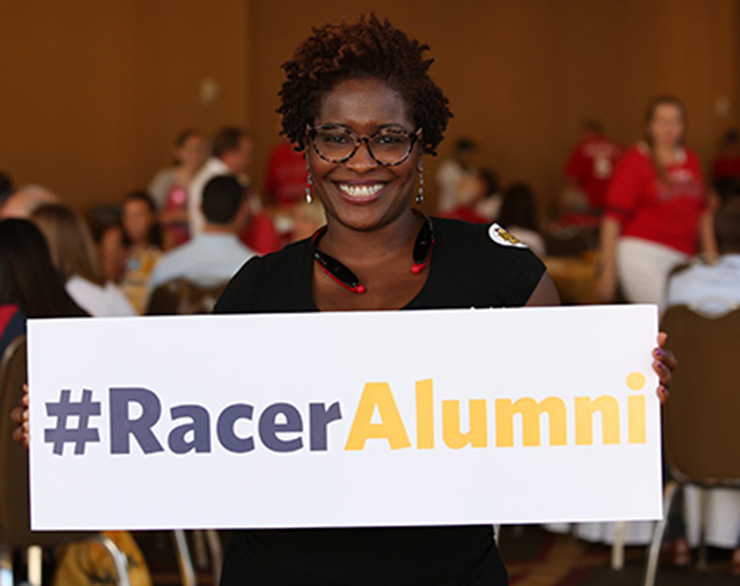 Keep your contact information up-to-date so you will always know what's going on at Murray State University.

You can order transcripts online through the Registrar's Office and National Student Clearinghouse.

The staff at Career Services helps current students and alumni with resumes and finding job opportunities.

Outside of the Sid Easley Alumni Center is a beautiful plaza honoring alumni and friends of the University. Murray State alumni and friends may have their names and the names of those they would like to honor or memorialize on bricks in the patio area of the Sid Easley Alumni Center. Sororities, fraternities and other organizations can sponsor a commemorative brick as a means of honoring the memory of past members or honoring its current membership.

A monument to the institution’s history, Ordway Hall, the University’s first male dormitory, was constructed in 1931. Throughout the years Ordway has served many different purposes for Murray State. During WWII, while the naval units were here, men were housed in Wells Hall and women in Ordway Hall. Between 1955 and 1960, Ordway Hall was renovated at a cost of $48, 516 and made available for women. The 1972 school year was the last year Ordway was used as a women’s dormitory and later housed offices throughout the years such as Student Affairs, Career Services, Counseling and Testing, Women’s Center, First Year Experience Program and the Center for Academic Advising.

The facility was razed in June of 2013 with sections of the front wall and entry way saved as part of the Ordway Monument. A total of 1000 bricks and other sentimental artifacts were saved and are sold as keepsakes. To purchase your own piece of Murray State history call the Office of Alumni Relations at 270.809.3437 or complete this online form.

Springer Hall, the only single-gender residence hall (which has held both men and women) was built in 1964-65 school year, at a cost of $939,795 to house 300+ Residents. It was named after Mr. O.B. Springer, a graduate of Murray State and, at the time, a businessman in Henderson, KY. Springer was a member on the Board of Regents from 1950-58 and 1960-70. The Springer Hall Council consisted of seven men under the direction of the House Director, Bill Wells.

The facility was razed in June of 2018. Bricks and other sentimental artifacts were saved and are sold as keepsakes. To purchase your own piece of Murray State history, call the Office of Alumni Relations at 270.809.3437.

You may have heard that Woods Hall, a fixture on Murray State's campus since 1957, was recently razed to make way for a beautiful and functional green space soon-to-be-named Woods Park. During the deconstruction, fewer that 150 bricks and glass blocks were carefully salvaged so that our Racers could take home a small piece of Murray State history.

The Murray State University Alumni Association is making these bricks available for a tax-deductible donation to the MSUAA.

Bricks can be ordered online, by calling 270.809.5600 or by stopping by the Murray State University Office of Alumni Relations at 100 Easley Alumni Center, Murray.

Commemorate your time as a Racer with a class ring.

Are you looking for old college yearbooks?

At one time or another, we've all wondered what happened to old friends. We think about the alma mater and the many teachers we had or the awesome play that the Racers made during that game and how excited we were as we cheered. We remember friends being crowned King and Queen and singing on the steps of Lovett after all the long hours of practicing for weeks.

It doesn't matter whether it's a reunion, reconnecting with old classmates or just reminiscing about the good ol' days, an MSU Shield can take you back to your time on campus.