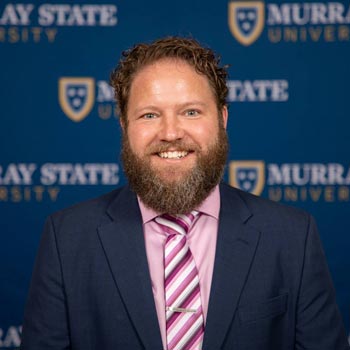 Dr. J. Drew Seib joined the faculty at Murray State University in the fall of 2012. He teaches courses in American politics and research methods.  He has also taught courses on education abroad programs in Barcelona, Spain on nationalism and European politics.  His research focuses on how voters make decisions. He is especially interested in how voters acquire information during campaigns under a variety of contexts and conditions. Dr. Seib’s research has been published in journals such as Electoral Studies and the Journal of Politics.  He also privately consults on web-based surveys.

Dr. Seib is the faculty advisor to the Murray State chapter of Pi Sigma Alpha, the National Political Science Honor Society. Pi Sigma Alpha is a selective organization, requiring students to maintain high academic standards. In order to be a member of the honor society, students must have taken at least 10 credit hours in political science courses, have a 3.0 GPA in political science courses taken, a 3.0 GPA over all, and have at least junior standing. The honor society strives to bring students and faculty together to promote scholarship and interest in political science. Those who are interested in joining may contact Dr. Seib at jseib@murraystate.edu.