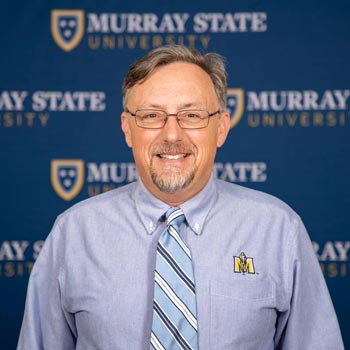 My research interest topics include

My teaching interests include

Dr. Paul D. Foote is an Associate Professor of Political Science at Murray State University. He teaches in the pre-law concentration of the political science major. His research focuses on the behavior of the Supreme Court. He is particularly interested in the study of institutional and external factors that affect judicial decision-making on the federal courts. He received his Ph.D. from Georgia State University in 2002. He earned a MA degree from Villanova University in 1995 and his BA from West Chester University in 1993. His hobbies include history (Civil War and WWII), hiking, cycling, bowling and spending quality time with his family.

Dr. Foote is the faculty advisor to the Murray State Mock Trial team. Mock trial provides students an education in the law and trial practice, both in the classroom and in simulated trial environments. Students engage in preparation for trial of a case provided by the American Mock Trial Association, and learn about and apply the Federal Rules of Evidence. They also travel to mock trial tournaments, sanctioned by the American Mock Trial Association, to compete against mock trial teams from other colleges and universities.